My husband never emptied the trash or washed the linens or did laundry. At first it didn’t make any sense because it seemed like he knew how. After I discovered this one important missing element our lives changed for the better.

My Husband Never Emptied the Trash 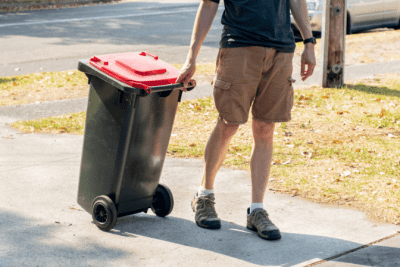 My husband never emptied the trash, and here’s what happened. It might happen to you too if you’re from the generation that believes the parents should do everything around the house, the kids should not have to work. They should just have a pleasant childhood and no one was the wiser.

So somebody wrote in to the show the other day, and they were irate with me because I suggested that kids should have responsibilities, and they should be part of a family community, and they should tidy up after themselves. They said, “Oh no, not my children. My children should have a nice childhood. And I’m going to do it for them because I’m the parent and they should just live in a comfortable lifestyle and appreciate the benefits of just living here.“

What I Learned About My Husband When We Started Dating 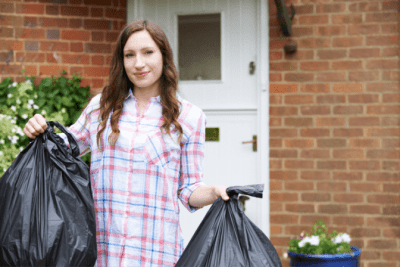 Okay. So I’d like to share with you a story that happened to me, a firsthand experience here. And I will preface it by saying I’ve been married now for 19 years. But when I married my husband, there were a few things that were a little bit off. Here’s the story.

So when I first went to his house for the very first time, I noticed that his house was clean and tidy. And in the back of my head, I thought, “Oh wow, there’s a guy that’s clean and tidy. This is going to be a perfect match made in heaven.”

What I did not know is that his mother was coming over once a week to his bachelor pad and was doing all the laundry and the dishes and taking out the trash and maintaining his home, so he would still have a nice clean place to live. She thought she was helping him, and I thought she was enabling him.

He Didn’t Have Basic Tidiness Skills for Life 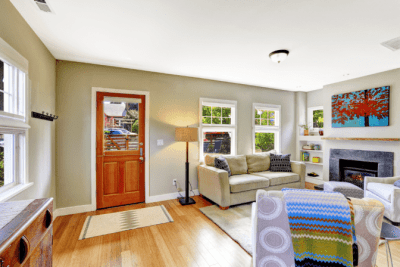 Here’s the difference. Had anything happened to her and he was living on his own, he would not have had the life skills he needed to survive and take care of himself on a normal everyday basis. Tidy up his home, keep his house clean and live in a clean, nice, safe space.

So, “Thank you, mom. Okay, it’s too much. He’s moved away on his own now, please let him grow up.” Okay. So when we got married, aah, suddenly I realized taking out the trash was like, “How do you do that?” So I know where the boundaries were. I didn’t know what he knew and what he didn’t know, but I was stumbling on a lot of things that I realized he really has never figured out how to do.

My Husband Didn’t Know How to Take Out the Trash

So he was big on chocolate chip cookies. So one day, while he was at work, I made a great big plate of chocolate chip cookies. I put Saran Wrap over them and I made a to-do list of everything that needed to be done in the house. Along with the note, there was a note that said, “Please take a cookie for every task that you mark off. If you take a cookie and you do not mark off a task, you’re either a guest in my home or you’re a thief.”

Then he came home and he was like, “Whoa, a cookie. But I got to do something to get it. Okay, well, I know how to do this.” So he went and he did something, he came back, he ate the cookie, crossed it off the list. “Wait for a second, that was a good cookie. I would like another.” So he crossed off something else on the list and did the task, came back, and ate another cookie.

I came home and six or seven cookies were gone, and there were things checked off the list. There was also a note that said, “I would have taken out the trash, but there was two trash and I don’t know how that works.” “Oh, wait a second. You never took out the trash before?” So a part of me was like, “Oh no, we’ve got this huge problem. How does a grown man not know how to take out the trash?” The other side of me was, “Maybe no one ever showed him. Come here, I’ll show you how it works.”

I Had to Teach Him How to Take the Trash Out 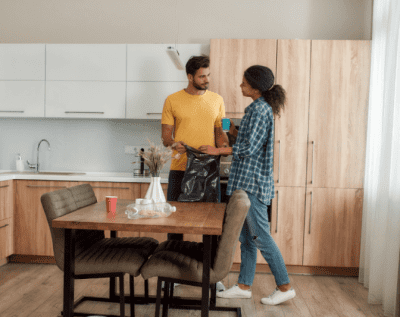 So I took him out to the trash cans, assuming that meant you knew how to go through all the rooms of the house and pick up the trash and put them together and then take them out. I assumed that part was already a given, I was wrong. And we got out to the trash and there are two, in fact, trash.

So the green one is for recyclables, which are plastics, paper, and tin. And the other ones are for things like Styrofoam and paper towels, and pre-packaged food that come in shiny packages. So that was for the regular trash that would go to a landfill.

So I explained that to him and then I said, “On Monday, every single Monday, we take these two bins and we wheel them all the way to the end of the driver. You’ve seen that, right?” He’s like, “Cool. I got it. Okay, cool.” So the next week it came time for him to do it and I said, “Hey, let’s practice the new thing. Let’s have you take out the trash.” He said, “Awesome, I can. Yeah, yeah. I’ve seen how that works.” “When you come home from work on Monday, whoever gets home first, peaks inside the trash. And if the trash bins are empty, then they bring them back to the garage do that.”

So he wheels the tubs out to the end of the lane, super excited. The garbage is out there where it’s nice and is supposed to be, so the trucks can come by and pick it up.

Never Assume Someone Knows How to Do Something 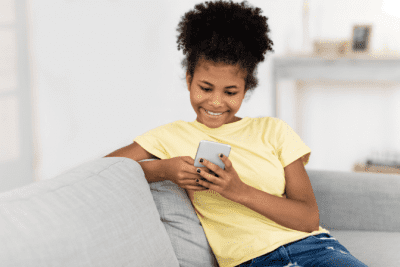 Well, at the end of the day, he brings the cans back in and is so proud of himself. When I looked in the trash around the house, they were all still there. And I was like, “Did you get the trash from the house?” He said, “You didn’t show me how to do that.” “What? I assumed that you knew.”

Don’t assume that anybody knows anything. If somebody has never done a task before, don’t assume they know how to do it. Because even though we know how to do it, our information does not transfer to them unless we actually show him. And I didn’t want don’t embarrass him now and say, “Oh, you’ve got to be kidding. Come on, you knew we had garbage cans in the house. You would throw stuff in them.”

So what I said was, “Oh, this other half of the job is a treasure hunt. And I will let you know, you may not have noticed, but I will let you know that behind every cupboard in the bathrooms is a garbage can that’s hiding. It’s a little tiny trash bin. And in the kitchen, there’s one hiding there as well. And in the office, there’s one at the end of my desk on the other side where you can’t see it. So come here and I’ll show you in all the rooms where we hide the garbage bins.” And he said, “Okay.” 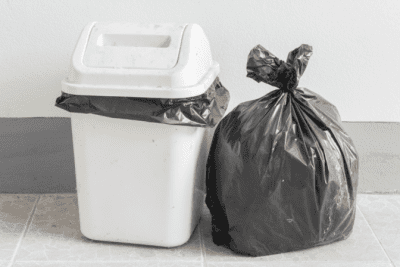 So he came with me and we went room to room, and we emptied them all out as we went. And I emptied them out as we went so I could show him how we consolidate the ones that are not completely full. We just empty them into the two recyclables or the regular trash that I’m carrying in my hands.

And we use the little grocery bags as garbage can liners because the little bins are the same size. So I would just pick up the handles and then I would fill them up. So in the end, I had two, one was recycling, one was the regular trash.

Then I took it to the bins outside in the garage. And then I showed him the recycling goes in the recycling, the other one … “He’s like, “I can do that.” I said, “Awesome.” We never had the conversation again, and he’s been taking the trash out to the curb and emptying all the trash from all the rooms of the house ever since. But somebody had to stop and show him how to do it.

He Didn’t Know How to Mow the Lawn Either 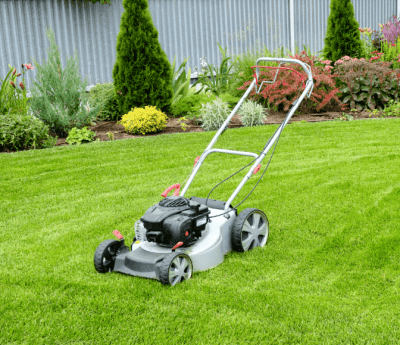 I remember the very first time we got our lawnmower. And this is now we’re homeowners, we have a yard, you got to mow the lawn. And so, I mean, he’s the guy, should he help me mow the lawn? I’m doing the inside of the house. “Come on, help me with the responsibilities here.”

We Figured Out the Lawnmower Together 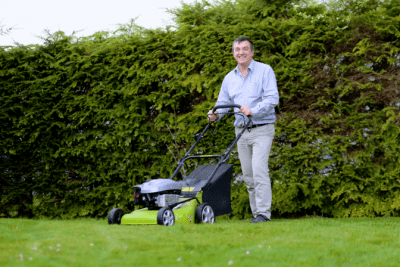 So he’s like, “Wow. That’s really easy. Wow. This is so much fun. Look, I can see the progress where I’ve been.” And I said, “I wonder if you go back in certain lines, you can make a fancy pattern.” He said, “Well, I want to make it look like the neighbor’s lawn, where all the lines are going the same way.” So he practiced and practiced and he perfected it. And then I was like, “Whoa, you do that way better than I could ever do. Awesome job.” So pleased and so proud of himself.

It’s Not That He Didn’t Want to Help Me 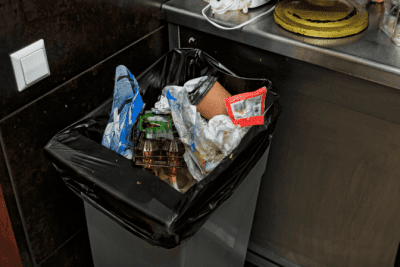 What happened was, and there was a big move in his mind. He went from living in a house to being the owner of the house. He started taking responsibility and taking ownership. And along with the ownership came pride in doing.

And with the pride in doing, he was like, “Wait a second. I want to do a little bit better. I want to make sure that I do the best job that I can do for the house that I live in. This is my property.” And he looked at it in a completely different way. 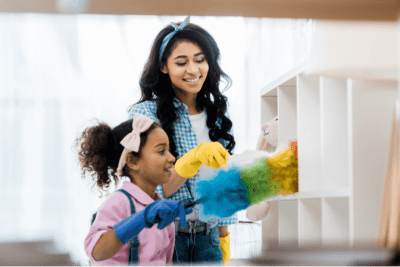 The reason I share this story with you, if you are a parent who has been doing it for your kids and you’ve been helping them, enabling them, I want to suggest that you stop and that you share with them the joy of participation. It will make your life a whole lot easier, and it will help them grow the skills that they need in order to survive. 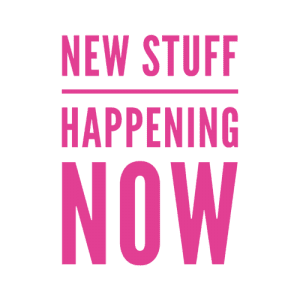 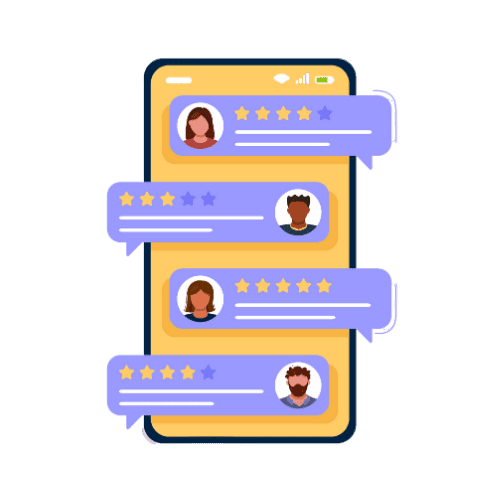 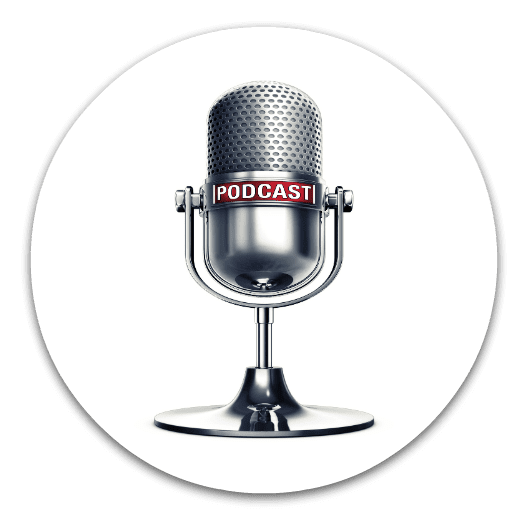 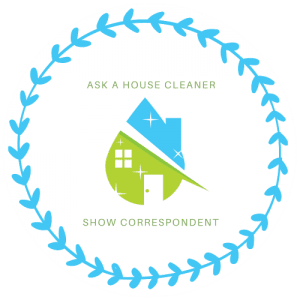 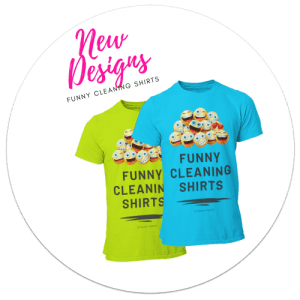